One of the most enduring images I have of my first visits to Bansang Hospital was seeing the numerous burns cases that came in on a daily basis. Whether caused by open fires, or from thatched roofs catching alight and collapsing, the end result was universally horrific. More agonising for me was knowing that the hospital could only provide rudimentary burns treatments.

To create a dedicated burns treatment programme to help increase patient survival rates as well as reduce per-patient workload for the hospital staff.

Treating burns cases is highly complex and demanding; a challenge made all the more difficult when the equipment being used is ill suited to the task in hand. Prior to the Rotary Club of Norwich assisting with this project, the staff of Bansang Hospital had only the most rudimentary of equipment and dressings available to them. As such, if burns patients survived the first critical days, they would then have to endure the agony of having their dressings changed every single day for months on end. This not only prevented their skin from healing, but was also putting untold mental and physical strain on the already overstretched hospital staff. The need was very real.

To give you an idea of the agony that patients once had to endure, click on the image below: 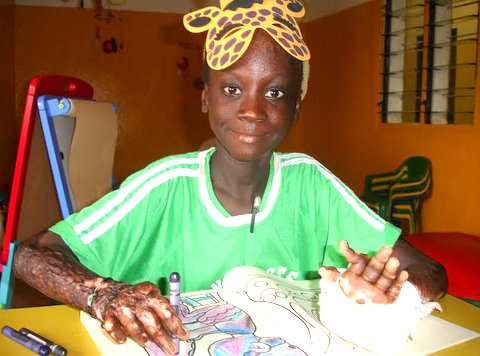 (This will take you through to Manseur’s story – which is in a separate photo album. We have done this as the images are very graphic. Viewer discretion is advised)

Implementing an effective burns programme is both costly, and complex. Patients often come in with infections as well as burns. This requires quick diagnosis for the former, as well as effective treatment for the latter – something that was impossible prior to this new burns programme. The project helped deliver the following; 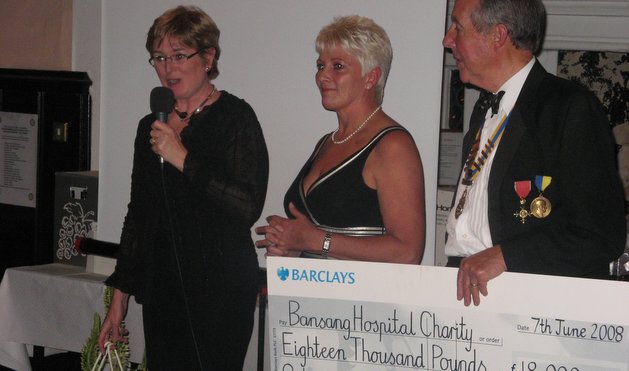 Without doubt, this project would not have progressed as quickly as it did without the tremendous support of the Rotary club of Norwich. The club raised £18,000 in partnership with the Rotary Club of Fajara, which was then matched by Rotary International under their International Matching Grants programme to bring the total to £36,000.

Chris Ayling, from the Rotary Club of Norwich who funded the project, alongside the President of Fajara Rotary Club & Anita Smith

The new autoclave funded by the Rotary Club of Norwich (Sulayman, Chris & Bunja)

Some of the medical equipment being handed over to the children’s unit.

Thanks to the collective efforts of the Rotary Club of Norwich, the hospital now has the first dedicated burns unit in The Gambia. This has had a dramatic impact since its delivery in early 2011. As of mid 2012, the burns programme has not lost a single patient to burns injuries. This incredible success is down to two vital changes. The specialist equipment donated by Rotary has helped speed up the effective diagnosis and early treatment process that are so critical for burns victims. Over the longer term, the specialist dressings now allow the nursing staff to go for 7 days between dressings changes. This has had a dramatic impact on the recuperation process for the patients, as well as on the overall workload of the staff. It’s fair to say that this has been an incredibly successful project!

These dressings are ill suited to burns recovery.

These can remain on for up to a week

They are far less distressing for patients

Fatou having the last of her dressings applied

Fatou up and walking – hours after being admitted

The Bansang Hospital Appeal pays for all of the specialist dressings for the burns programme. This currently totals around £1,000 per year, plus shipping. We are actively seeking annual donors to cover these costs. If you would like to support this programme, please donate to the specific donation page, or contact Anita directly